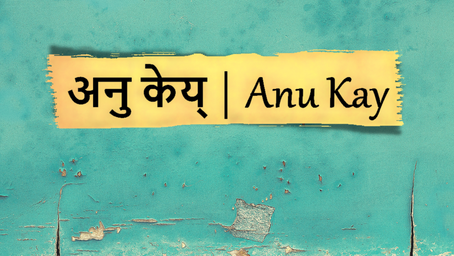 ‘As if abandoning our hometown wasn’t enough,’ Ela grumbled. ‘The hot summer days are an added torment. I curse the gods.’ She moved her heavy bag from one shoulder to the other. ‘Damn gods and damn wind.’

‘Pray to the gods,’ Lavi, her companion said.

‘I cannot. Gods must be crazy. First, misery pounced on us after the battle of Kurushetra. We have suffered hardship and danger in a bid to find a haven. Then, came the end of Krishna, our Lord. If he was alive, he could have helped us.’

Lavi shrugged. ‘They say Krishna died of the curse of Gandhari, the queen of Hastinapur, the mother of the Kauravas. The Pandavas killed all her sons in the Kurushetra war; she took vengeance against Krishna and the Pandavas. They say, she has some strange power.’

‘Why should we endure the mistakes our kings and queens committed? Tell me,’ Ela lamented. ‘The curse of Gandhari torments us for the rest of our lives. It doesn’t feel right to me.’

‘Soon after we left Dvaraka, it collapsed in a wink of an eye. We have lost our city to the sea.’

‘The great war, the dramatic rise in the sea level, the strong gusts of wind... We are damned.’

‘Last night I dreamt of a dark woman with bright teeth. She snatched the holy thread from my wrist. It’s a bad omen.’

‘Do you know where we are going?’ Ela asked, taking a gulp of water.

‘I heard that we are heading towards Indraprasta. Lord Krishna supported Arjuna and the other Pandavas. That’s why Arjuna is helping us now. I don’t feel like going to Indraprasta.’

‘We have no other choice. I dip in the Pushkar Lake to absolve all my sins.’

‘Drink some water.’ She poured from her water-skin into his mouth. ‘If I had similar power like Gandhari does,’ she said, ‘I would curse her back. Our husbands are dead, and we must flee from home. We have been walking for weeks. Look at the shattered heroes and the elders carrying their own bags.’

‘I brought all my jewels and gold coins with me,’ Lavi smiled. ‘So we can live a comfortable life… I hope we soon reach Indraprasta.’

‘You never know,’ Ela said, veiling her head to protect herself from the wind. ‘After all the war, destruction, flood and death, I can’t be optimistic. My legs are hurting. I cannot carry these bags any longer; I’m ready for another break.’

‘I told you, not to leave my hand,’ Lavi said to her nine-year-old daughter.

‘How long do we have to walk?’ The girl moaned.

‘Do you know where we are now?’ Ela asked.

‘We are in the Aravalli mountain range; I had come here once with my husband on his horse. Those happy days will never come back.’

Finally, when they rested for the midday meal, men came around sharing flatbread and rice balls. ‘We cannot go on with our luggage on the back. We have few horses and camels,’ one of them addressed the cheerless citizens.

‘He is Arjuna, the Pandava and the prince of Indraprasta.’

‘So far,’ Arjuna continued, ‘we have covered less than halfway. I suggest we hide our bags and other valuables in the Pushkar Lake and come back another day to get them. That way, we can reach Indraprasta faster.’

After a brief murmur from the crowd, an old man spoke. ‘We do as you say, Great Arjuna.’ Some threw their bags into the water following Arjuna’s instructions. Others decided to carry with them. They spend a night in a cave near the lake before they walked further.

‘Look at those beautiful blue lotuses,’ Ela said, dipping her feet in the lake.

‘How lovely.’ Lavi plucked one of them and tucked it in her daughter’s hair.

‘I hear some cries.’ Ela said, coming out from the water. ‘Has anyone attacked us?’

‘I don’t know, but there is something going on for sure,’ Lavi answered, carefully listening to the sounds.

Four horses rumbled past, froth dripping from their mouths. ‘An army,’ Ela exclaimed, hearing screams and muffled shouting. ‘A large group of men, rushing towards us.’

‘Abhiras,’ Lavi whispered, with horror in her eyes.

The wind got stronger, storming into their faces, making their hair swing in all directions.

‘Who are they?’ Ela asked, terrified.

‘Abhiras, the bandits. God protect us.’

Ela drew her sword, gazing at the gleaming blade.

Lavi took to her heels and screamed over her shoulder, ‘You are mad.’

Seeing the sword in Ela’s hand, the Abhiras attacked her. Both women fell on the ground, heavily injured. The Abhiras robbed their treasures and forcibly took their children, horses, elephants and camels with them.

The elderly fought the Abhiras. Arjuna, known as the greatest of all warriors, had grown old and weak; he fought no better than other old men.

Archaeologist Rohan Sharma had never visited Pushkar before. His colleagues at the Archaeological Survey of India in Delhi had only given him a vague idea of the old town. ‘A holy place with fifty-two bathing Ghats, the only Brahma temple with over five hundred other temples. The Pushkar Lake is an artificial reservoir, date of origin unknown. Legend associates the lake with the creator god Brahma.’

Rohan stayed at a comfortable hotel perched high on a sand dune with a stunning view of the old Lake, the Ghats and the Aravalli hills. He woke up at sunrise and went to the town early. After walking through the hustle bustle of the main market, he came across the mystic town. He began exploring Pushkar assuming someone must’ve stumbled over the treasure.

The next day, he visited the old cave and took notes of the words, figures, and markings on the stone. After translating the stone carvings from Sanskrit to English, he read: ‘Immerse yourself in the cool water to absolve all your sins. The people of the flooded Holy City entrust their wealth to Lord Brahma, to the historical city, to the holy lake, to the swans and to the blue lotuses.’

The words were mysteriously hinting towards the Pushkar lake. Rohan knew the Archaeological Survey of India had held investigations. They had searched the Brahma temple thoroughly and had found nothing. He thought of diving into the lake. The authorities denied and rejected the idea. ‘We allow pilgrims to take a sacred dip,’ they told him. ‘But no one has ever dived before. The danger levels are unknown.’

Rohan had no chance of getting an approval.

‘There’s a gossip about the hidden treasure,’ one officer told him. ‘In 1789 AD Maharaja Jamar Singh had renovated the Brahma temple and cleaned up the lake. His sudden death had shocked everyone. No one knew how he died. They believe, he had found a large quantity of gold somewhere in the city.’

Rohan examined the lake. It was the end of monsoon. White and pink lotuses had bloomed. The report he had from the Archaeological Survey of India stated the following:

Rohan started at sunrise. He went to the quieter side of the lake, sat on the edge of the water to make sure no one was watching him. There was one stunningly beautiful blue Lotus at his feet. He had never seen a blue Lotus in his life.

When all he heard was the wind and the birds, he took off his upper clothes. He had his diving outfit underneath. Securing the band around his body beneath the arm, he tied the other end of the rope to a nearby rock. He began descending into the water. Beneath the surface, the visibility turned low. With a special underwater torch, he examined the bottom of the lake. Below a large boulder, he touched something like leather, curved and heavy. He put both his hands as he could and pulled the curved object towards him. The bag moved more easily than he had expected. Holding the bag with one hand, when he began to go up, something moved quickly. He saw a face of a woman. Within a second, it vanished in the muddy water. He swam in different courses searching for her. After a while, he saw her hanging on the edge of, what looked like a hole. She suddenly slipped forward to his chest, put her arm around his neck and tightened her hold to suffocate him. A most horrible smell of mould and a cold face pressed against his own. Looking straight into her stony eyes, terror gripped him, and he shook. Gathering all his strength, he managed to slip away from her clasp, and he swam up faster. There was something else. Someone held his body. A child’s face and many humanlike faces showed up. They were laughing. Seeing those ghastly and eerie creatures, made him lose his balance. He panicked, yearning to get out of the water immediately to save his life. The creatures slipped towards him, pulling away the leather bag from his hand. The bag opened, precious jewels and gold coins poured out. He didn’t want any of those riches. Leaving them there, he hurried upwards. Only because he was an experienced diver, he managed to reach the shore.

By night, he developed a high fever and felt miserable in the hotel. Many eyes were watching him from outside his room door. How many, he wasn’t sure. All through the night, he felt miserable. Like in the lake, he heard faint noises and the smell of mould scared him to death.

At dawn, sounds died out and the smell faded away. The creatures of darkness and underwater guardians of the treasure disappeared. They couldn’t tolerate the daylight. By afternoon, he felt better and could get up from his bed. He packed and left Pushkar without the treasure he had intended to take with him. He wasn’t sure if anyone at the Archaeological Survey of India would believe his story. He wrote on his notebook: Certain treasures are better untouched, and certain stories are better untold.